My posts are getting more rare, but if anyone is still interested in what I put out into the world), I’ll be over at Medium from now on. You can find me by searching for Emmaline Soken-Huberty. I just posted my first thing, “Two Birds.” It’s a quick 2-minute read.

Hope to see some of you there!

I’ve been thinking a lot about what love looks like. Not between two people, but more about the kind of love that Christians claim to represent. Especially when it comes to the Internet.

Before the Internet, people mostly just experienced love through physical interaction with other people. They could get their news from letters and television, but in terms of actual experience, it was mostly through churches or relationships with Christians, either long-term or in passing. The Internet changed everything. Now, I can interact with someone who lives in Malaysia who also likes Rachel Held Evans, or with someone in Louisiana who supports Phil Robertson. There is no limitation to who I can see, and who can see me, at least on public forums (I use Facebook privacy).

If you go to fan pages (especially for conservative Facebookers such as “Barack Obama’s Dead Fly,” and so forth), you don’t have to look very far to see someone who claims to be a Christian. However, many times, what they are saying and how they are representing themselves stands in sharp contrast with how we see “love.”

I understand that I am not supposed to judge who is a Christian or who is not, and so most of the time, I simply fall back on the belief that these people are just not able to see how they are behaving, and how non-Christians will see them. People are not completely bad or good. It is weird to see a person who posts something hateful, racist, sexist, or all of these things, and then moments later, says something about God that I have heard from some of my closest friends or family members. People are complicated. However, representation is important, and if someone is not a Christian and sees the kind of language and talk that is allowed to spread on some of these pages, how can anyone expect them to choose and follow the God these people claim to serve? Is this what love looks like?

A common sentiment I’ve heard from people who are blunt and harsh, is that love isn’t all rainbows and kittens. It’s this idea of “tough love,” of being “cruel to be kind.” They believe that Phil Robertson actually loves gay people and seem confused that anyone could believe anything differently. Really? When people throw around words like “abomination” or jokingly (or not so jokingly) wish death on anyone, is that coming out of a place of love? Would anyone say that Jesus was ever “cruel” to the people he was trying to reach out to? The only times he was really harsh to anyone was when his anger was directed at Pharisees.

Again, I don’t want to judge. I know some people who are great people, but when they get on the Internet, it honestly feels like they hate people. As for the strangers, I have no idea. Honestly, some of them seem like legit horrible people.

How you represent yourself is important. Maybe it’s more important to let go of this aggressive desire to seem confident and strong in your beliefs, and to just listen and be softer and make people feel welcome into your world.

4 Love is patient, love is kind. It does not envy, it does not boast, it is not proud. 5 It does not dishonor others, it is not self-seeking, it is not easily angered, it keeps no record of wrongs. 6 Love does not delight in evil but rejoices with the truth. 7 It always protects, always trusts, always hopes, always perseveres.

Posts are all from public forums or from people whose profiles are open. No illegal measures were used to obtain anyone’s posts. If the post was taken from a personal profile, the names have been removed. 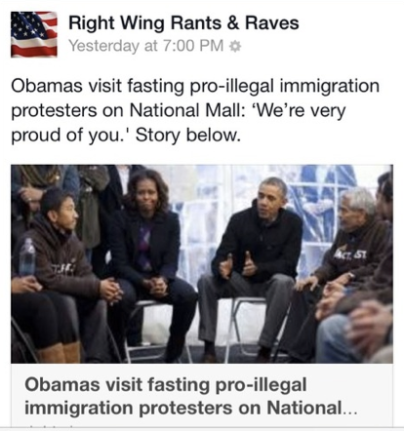